We need humor in these trying times– preferably didactic humor that gives us a new perspective or that makes us feel liberated and inspired. There are few clandestine organizations on Earth today who provide that too us as consistently and dramatically as The Yes Men.

Thanks to them, 1.2 million copies of newspapers appearing to be the New York Times appeared throughout New York and Los Angeles this morning. Reactions ranged from elation to shock to laughter as commuters read headlines such as “Iraq War Ends” and “Maximum Wage Law Succeeds” and advertisements purportedly from companies such as HSBC, which featured three identical pictures of Barack Obama in their famous triptych format with the captions “epoch-making – pivotal – squandered.” An online version visually identical to NYTimes.com was also created.

The Yes Men are famous for their past satirical impersonations of major enterprises such as The World Trade Organization, McDonald’s, Dow Chemical, and the United States Department of Housing and Urban Development. They typically use fake websites and impersonate senior representatives of enterprises they wish to spoof at public events. To my knowledge, this is the first time they have produced a physical spoof product and distributed it successfully throughout major cities.

Prior to Wednesdays “release” of the paper, a network of volunteers was recruited online. They were mobilized by text message Tuesday night and Wednesday morning to pick up sets of newspapers at central locations for broader redistribution. 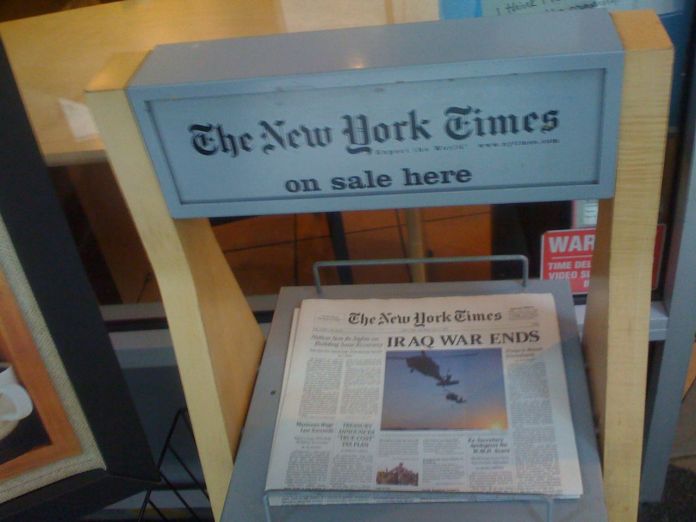